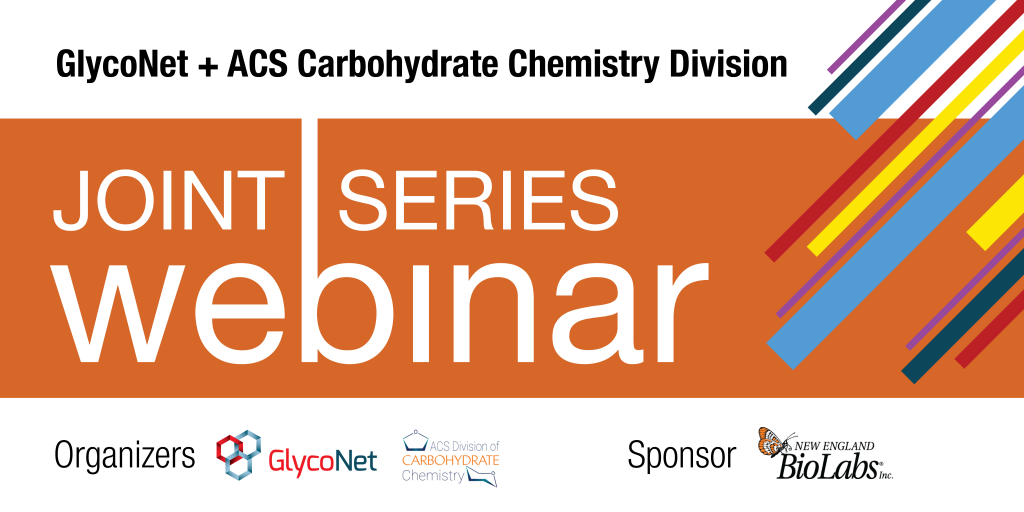 GlycoNet offers webinars on diverse topics ranging from scientific research to professional development, technical workshops, and focused seminars for the science community. In September 2020, GlycoNet has joined forces with the Carbohydrate Chemistry Division of American Chemical Society to host webinars featuring renowned researchers across North America and Europe. In addition to Q&A period, each event is followed by an informal “networking session” at the end of the presentations, giving the audience opportunities to learn more about the presenters and their research. 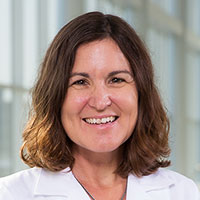 Intestinal fucose, in sickness and in health

Dr. Jennifer Kohler completed her undergraduate degree in Chemistry at Bryn Mawr College. Her PhD studies, focused on the kinetics of protein-DNA interactions, were conducted in the laboratory of Prof. Alanna Schepartz, in the Chemistry Department at Yale University. From 2000-2004, Jennifer was an American Cancer Society postdoctoral fellow with Prof. Carolyn Bertozzi at the University of California, Berkeley. Research in the Kohler lab focuses on understanding the roles of glycoconjugates in a variety of biological systems. 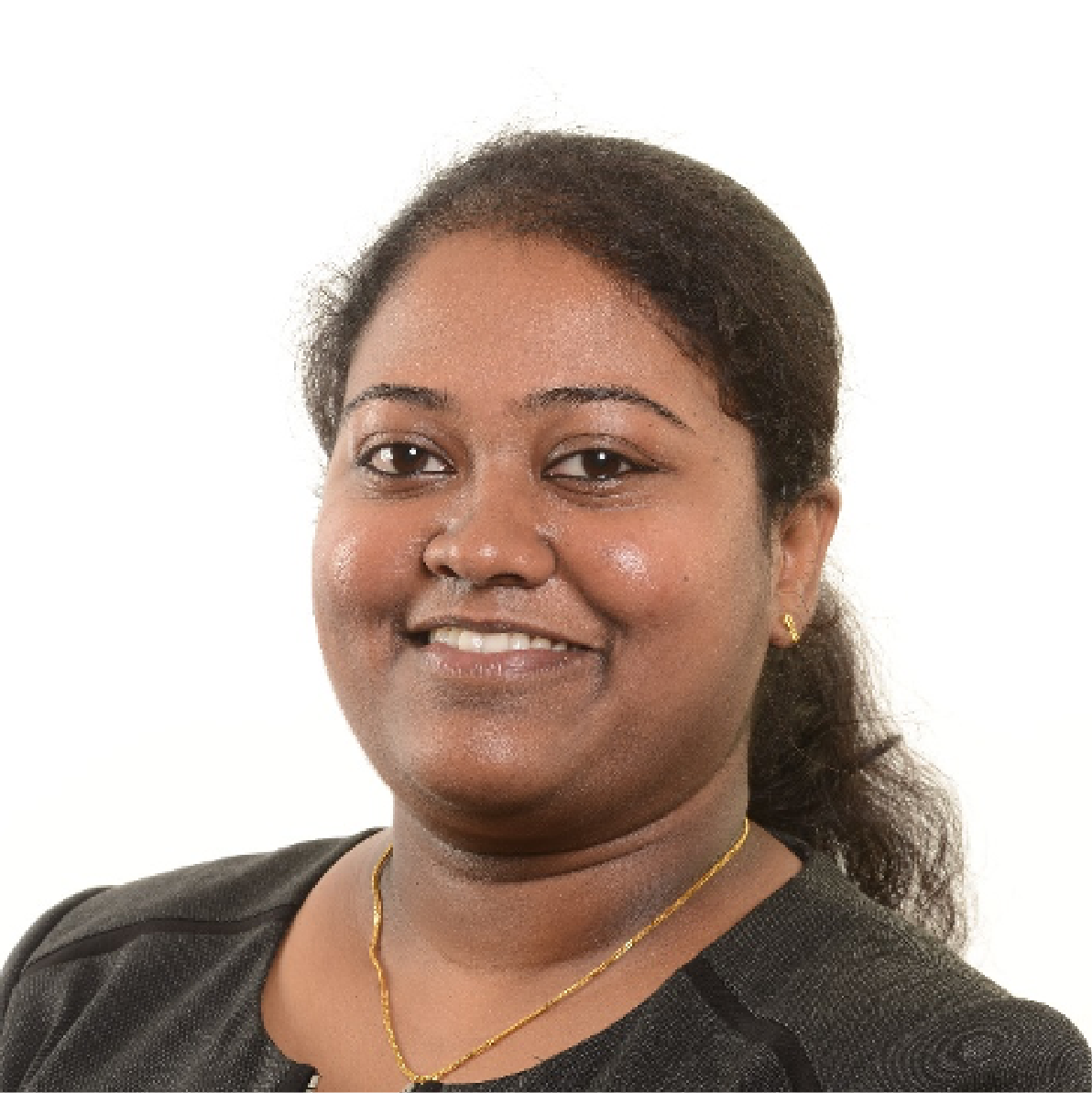 Catherine Alex graduated from Indian Institute of Science Education and Research Pune (IISER-P) with BSc-MSc degree in 2016. She did her thesis project in Dr. Raghavendra Kikkeri’s lab on the topic “Multivalent Homo and Heterogeneous Glycodendrimers Allow Sequence-Defined Carbohydrate-Protein Interactions.” She began her PhD program at the University of Missouri-St. Louis in fall 2016, where she joined the laboratory of Prof. Alexei V. Demchenko. Her research focuses on the synthesis of challenging beta-mannosidic linkages. 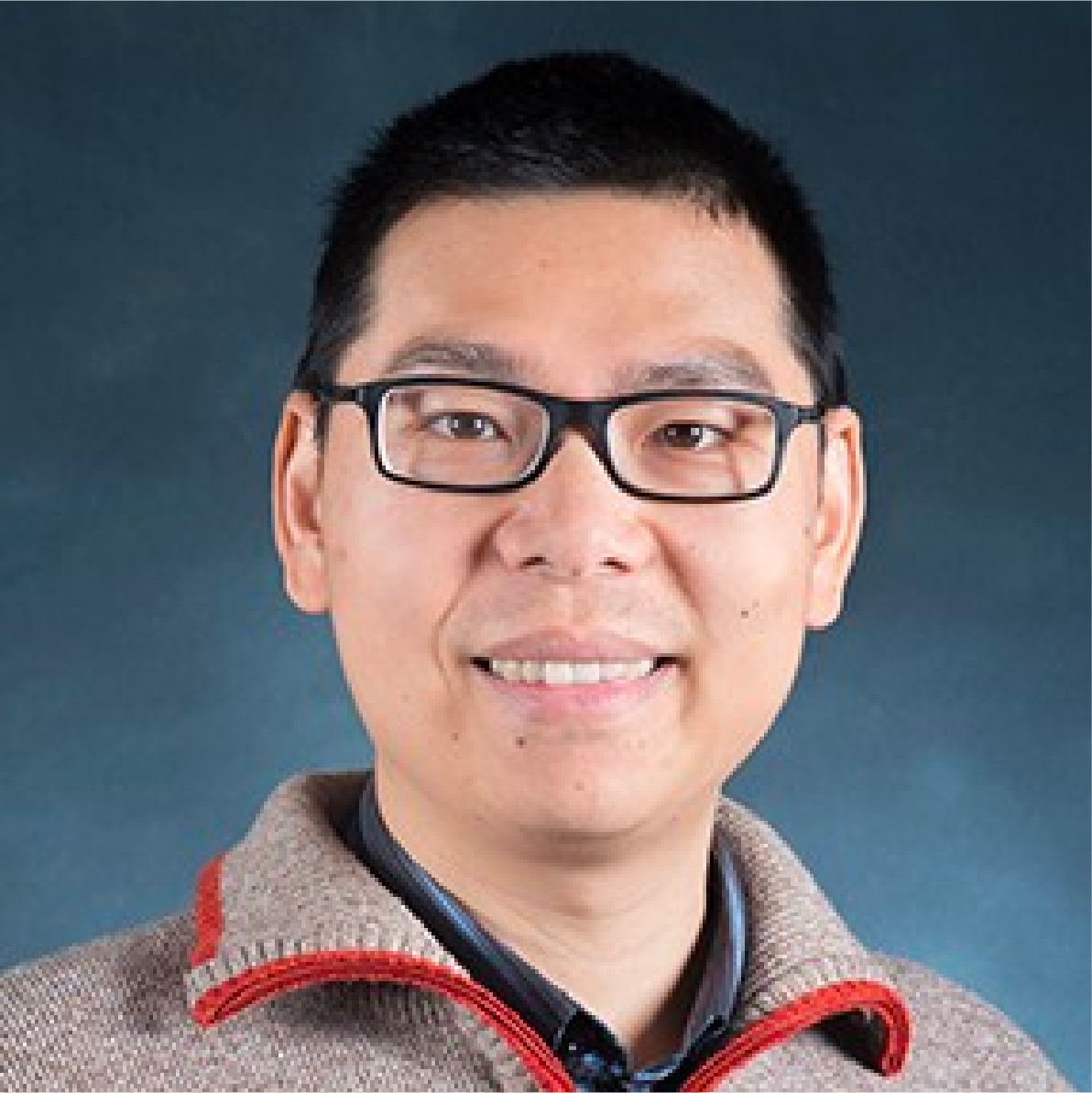 Dr. Jia Niu obtained a B.S. degree (2005) and a M.S. degree (2008) from Tsinghua University in China. He then moved to the United States to pursue a PhD degree at Harvard University, working with Prof. David R. Liu on the enzyme-free translation and directed evolution of synthetic polymers. Dr. Niu joined the faculty of Boston College in 2017 after working as a postdoctoral scholar in the laboratories of Prof. Craig Hawker and Prof. Tom Soh at University of California, Santa Barbara. Currently, Dr. Niu and his group are focused on understanding functional roles of sulfation patterns in bioactive macromolecules, developing sustainable plastics using biobased building blocks, and the directed evolution of genome editors. 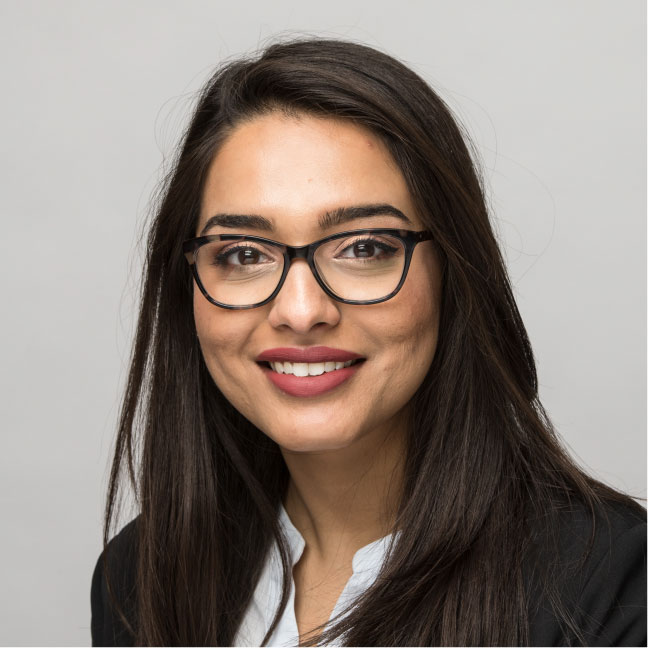 Erum Razvi received her B.Sc. in Health Science at Wilfrid Laurier University. Currently, she is pursuing her Ph.D. in Biochemistry under the supervision of Dr. P. Lynne Howell at the University of Toronto. In the Howell Lab at The Hospital for Sick Children, Erum studies Pseudomonas aeruginosa biofilms. P. aeruginosa is notorious for infecting the cystic fibrotic lung, burn wounds, and medical devices. One important component of the biofilm matrix is the Pel polysaccharide. A protein involved in the biosynthesis and chemical modification of the Pel polysaccharide is PelA, a periplasmic protein with two active catalytic domains; a glycoside hydrolase and deacetylase domain. The aim of Erum’s Ph.D. project is to understand the role of PelA’s hydrolase activity in vivo, and identify PelA deacetylase inhibitors from a high-throughput screen as a means of developing a novel therapeutic. 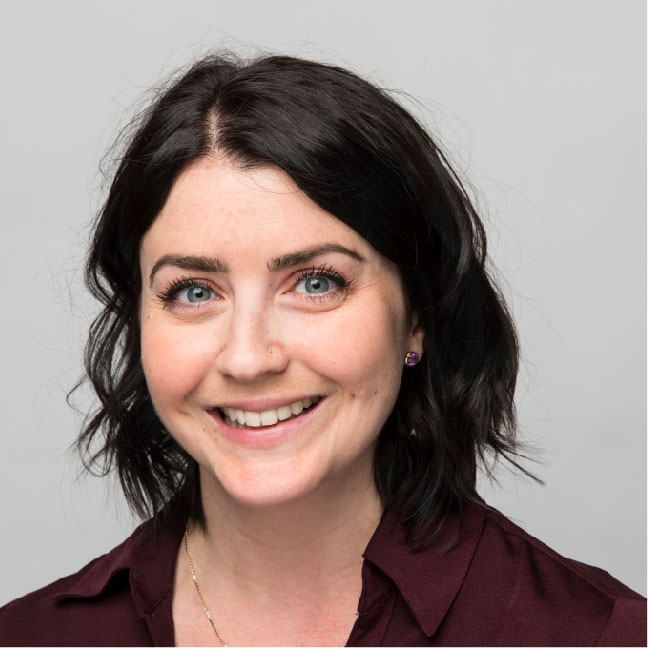 Dr. Chantelle Capicciotti received her PhD in Chemistry from the University of Ottawa in 2014 under the supervision of Prof. Robert Ben where she worked on designing small molecule carbohydrate-based ice recrystallization inhibitors as novel cryoprotectants. In 2014, she joined the laboratory of Prof. Geert-Jan Boons for post-doctoral research studies at the Complex Carbohydrate Research Center where she developed chemoenzymatic strategies to synthesize complex glycans. In 2018, she moved to Queen’s University, jointly appointed in the Departments of Chemistry and Biomedical and Molecular Sciences. Her research interests focus on understanding how glycans/glycoproteins interact with proteins at a cellular level to elicit biological function, and on developing glycan-based approaches for biomarker identification, disease diagnosis, imaging techniques, and cell-based therapies. 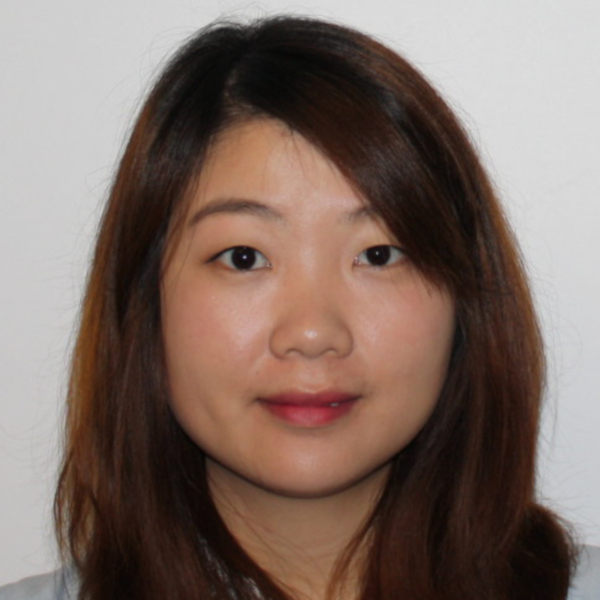 Jiayi Li received her BSc in Chemical Engineering from the University of Iowa in 2017. She joined Dr. Hien Nguyen’s lab at Wayne State University in 2017. Her current project is on phenanthroline-catalyzed stereoretentive glycosylation. 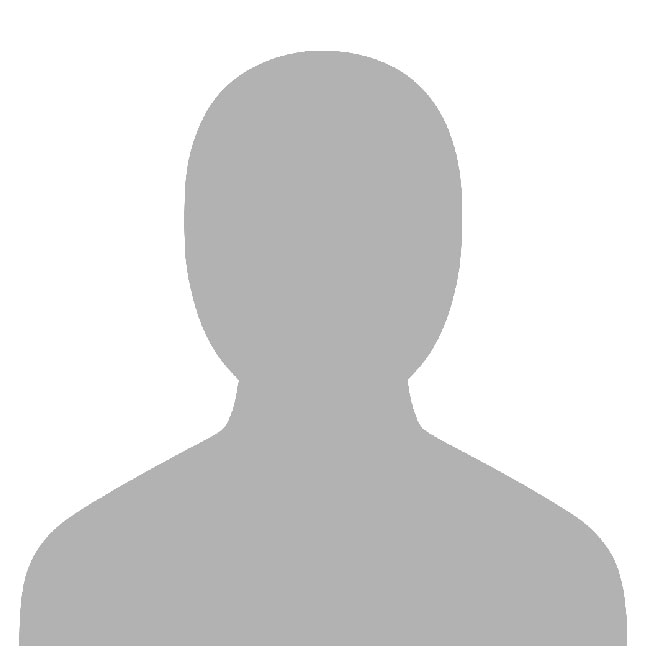 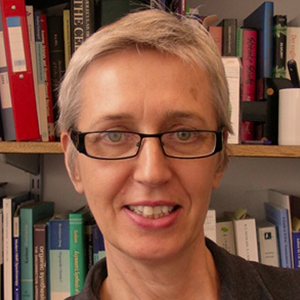 Synthetic and analytical tools for glycobiology 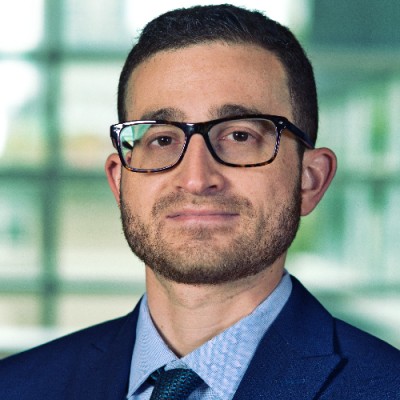 Adam received his PhD in chemistry from the University of Toronto in 2020 under the supervision of Prof. Mark Nitz. He was born and raised in Toronto, and completed his BSc in 2011 at the University of Guelph, majoring in Biological & Pharmaceutical Chemistry and Mathematics. In 2014, he completed his MSc in chemistry at Guelph under the supervision of Dr. France-Isabelle Auzanneau, researching glycosylations at O-3 of GlcNAc. His current research in Nitz lab as a postdoctoral researcher revolves around developing substrates for bacterial enzymes which are responsible for the synthesis of biofilm exopolysaccharides.

Stay tuned for more speakers in March and April! Follow us on social media to get our latest announcements: